Today more than ever is present in our classrooms, whether of general schools or colleges, with two faces, the suffering and the practicing, this act that is inhuman and unacceptable.

It is very easy to hear about bullying in schools by both those who suffered and those who have witnessed such a moment, that is, it is very present and today with the digital inclusion and all technological developments, it became even more serious the curses and threats with the spread on social media where bullying sometimes does not end when school ends with verbal aggregation by the virtual medium, in addition to the physical aggregation that still occurs in many cases.
This does not seem to be very serious for some people, but it is and sometimes is the cause of death for children and young people around the world, some of whom end up dying from the severity of their injuries caused by bullying with violence. in their physical form and others who can not stand the pressure of bullying with verbal violence and end up taking their own lives ending a story of suffering and agony, these two forms could be avoided if viewed with the watchful eyes of society in general.

I believe that it is not easy today to combat any representation of bullying, but it is not impossible either, I believe that with the help of parents and teachers, regarding the perception of behaviors and behaviors, as well as more severe punishments than just suspension, as I have sometimes seen. occur several times. But with responsibility and preservation of human rights such as the right to come and go, the right to quality education, good care, that is, when bullying is present human rights are absent, we see campaigns today like the yellow September that promotes Awareness and re-enactment of support for suicide, however, is not enough to end this rate, which is not just statistic, but also the sad ending of a story that often begins and ends in bullying. We are all going against this idea and for our rights together. 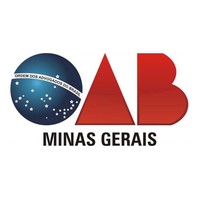